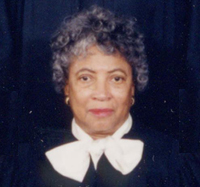 In late-September 1998, U.S. District Judge Norma Holloway Johnson issued a court order, specifically citing twenty-four media stories, which had allegedly resulted from illegal grand jury leaks provided by the Office of the Independent Counsel (OIC).  Earlier, in a June 19 decision about the leaks, Judge Johnson had ordered Independent Counsel Kenneth Starr and members of his OIC staff to appear for a show-cause hearing.

Specifically, Judge Johnson ordered that the OIC and individual members therein must show cause why they should not be held in contempt for violating Rule 6(e) through disclosures contained in the 24 news reports found by the Court to constitute prima facie violations of Rule 6(e).

Although the still-secret-and-still-ongoing legal process revolving around these alleged leaks has been widely discussed, not one single newspaper, magazine, or television network--according to a Nexis search--has published or broadcast the actual list of the twenty-four news stories in question or the names of the reporters responsible for them.  (Some have buried references to the list on their web sites.)

So, by date, here is Judge Johnson's list of the twenty-four stories:

2.  David Bloom, "President Clinton Faces Allegations of Affair with Former White House Intern, Then Telling Her to Lie About It," NBC News at Sunrise, January 22, 1998.

21.  No reporter cited, Fox News, May 6, 1998.  (This resulted from a Fox news report, featuring Starr in his driveway, allegedly telling journalists the judge's decision in a still-sealed court ruling.)

Please note that Baker, Bloom, Broder, Clines, Myers, Schmidt, Shipman, and Van Natta were each cited for two alleged violations--while Brill exposed many of these alleged abuses in his article.

Scott Pelley of CBS led the pack with three stories, which were allegedly based on illegal leaks from the OIC.

During my twenty-five years as a crime reporter, I have never asked a prosecutor for information from a sitting grand jury--for fear of being used as a shill or stalking horse for the prosecution.  Even though I would never make an issue over reporters who do accept grand jury leaks, I will take a stand--as I did in my August 1998 affidavit to Judge Johnson about the OIC leaks--against journalists who accept grand jury leaks and also feed the prosecution information from their own sources . . . while allowing the prosecution to identify them as "confidential informants."

As proven by the court record, this is what happened during the OIC's pursuit of President Clinton.  And those reporters who served as confidential informants for the OIC--and yet gave the pretense of objectivity while on the job--should be identified, along with their professional abuses and excesses.

Even though the media--especially those organizations named by Judge Johnson, along with the OIC's apologists--would like this issue to disappear without further comment, anything less than a full and complete investigation would be nothing less than a cover-up of the complicity between the OIC and its selected stable of reporters in their failed effort to engineer President Clinton's removal from office.

Regardless of whether you are a conservative or a liberal, a supporter of the President or not, you should be very concerned when prominent journalists become shills and stalking horses for any prosecution team.

Yes, I realize that I still have some explaining to do for my own minor role during the impeachment drama.  However--upon the release of my book about Vincent Foster's suicide in April 1998, the first time I had ever written about President Clinton or his administration--I made a public declaration of my support for the President.  And I never tried to make any secret about it.