A champion of American whistleblowers and one of the nation's top experts on corruption within the for-profit-college community, attorney and investigative journalist David Halperin engages in public advocacy and investigative work on a wide range of issues, including higher education and climate change.  He also advises organizations and companies on strategy, policy, communications, and legal matters, and he is of counsel to Public.Resource.org.  Halperin was previousl the founding director of Campus Progress and senior vice president at the Center for American Progress; senior policy advisor for Howard Dean’s presidential campaign; founding executive director of the American Constitution Society; White House speechwriter and special assistant for national security affairs to President Clinton; co-founder of the Internet company Progressive/RealNetworks; and counsel to the Senate Intelligence Committee.  He has represented clients in the U.S. Supreme Court and various state and federal courts. He writes at Republic Report, and his articles also have appeared in the New York Times, Washington Post, The Nation, Politico, Slate, Foreign Policy, and other outlets. 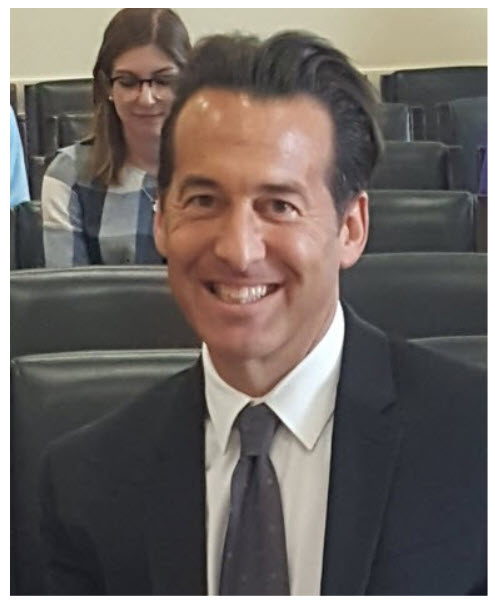 From Money, Politics, and Corruption in U.S. Higher Education (pages 179-181)

[David] Halperin put out an online clarion call, asking students and others to “tell us about your experience with for-profit education.” He brought two of those who responded to Washington, D.C. in early 2011: Adam Gonyea, a Navy veteran, who had attended ITT Tech in Virginia, and Rashida Smallwood who worked at ITT Tech in Texas.

Halperin explained: “Adam had a terrible experience with an overpriced, low-quality education. Rashida had worked in financial aid and had been basically told to lie, to say people were independent when they weren’t, and to misstate their financial status so that this school could get the maximum financial aid.”

Halperin and Campus Progress hosted a Capitol Hill press event with Gonyea and Smallwood and put a video of the event on YouTube. No Members of Congress attended, so Halperin took Smallwood to visit the members of Congress in their offices. But, still, no one wanted to meet with them.

In the midst of the campaign, Halperin also became the target of a malicious smear campaign, apparently launched by for-profit college insiders. It falsely claimed that he was taking money from short sellers on Wall Street in a cynical effort to make money by undercutting the for-profit schools.

Defamatory letters about Halperin were sent to groups in his coalition, such as the National Association for the Advancement of Colored People and the National Center for Lesbian Rights.

Halperin responded: “They said that I was taking money from Steve Eisman, the Wall Street short seller. I had no connection to Steve Eisman whatsoever. We weren’t taking any money from him. That’s when I realized how serious the fraud was and how determined the people behind the fraud were to maintain their privileged position and keep the money coming in. It really woke me up to how serious this was.”

The for-profit college industry had made a major television ad buy to oppose the Obama gainful-employment rule. So Halperin and Campus Progress made their own ad supporting the rule. An intern prepared the spot, and they spent just $3,000 to run it about ten times on Morning Joe and Fox & Friends on the Washington D.C. cable system.

A group of conservative bloggers attacked Campus Progress over the ads, all using the same talking points. Perhaps surprisingly, they were joined in their attacks by Melanie Sloan, the executive director of Citizens for Responsibility and Ethics, a non-partisan, public-watchdog operation. It was revealed a few years later that CREW [Citizens for Responsibility and Ethics in Washington] was receiving grants from a foundation tied to billionaire John Sperling, the founder of the University of Phoenix, the largest for-profit college and an aggressive opponent of the gainful-employment rule.