While working under our collaboration contract—which the three of us signed on October 17, 2003—John Connolly concealed the fact that he had also made a separate deal with Vanity Fair to write an article about Anthony Pellicano.

Anita and I were caught completely off guard by this news—which Anita discovered on December 6, 2003.  It was an unadulterated act of betrayal by Connolly, whom we had viewed and treated as a close and trusted friend. . . .

In early 2006—contrary to what he had pledged to Anita on January 19, 2004—Connolly sold a book about Pellicano—tentatively titled, The Sin Eater—to Atria Books, a subsidiary of Simon & Schuster.  Judith Curr, the executive vice president and publisher of Atria, said:  “The Sin Eater will be to Hollywood what All the President’s Men was to Washington.”

To date, seven years later, Connolly’s book has still not been released.

The following is an April 11 excerpt from an ongoing blog about the Anthony Pellicano federal conspiracy case in Los Angeles, written by local private investigator John Nazarian, whom I had met and occasionally sat with during the trial.  Apparently, Nazarian didn't remember me when he wrote this piece about Anita Busch's April 9 testimony:

It was mentioned that Anita Busch and John Connolly and some guy named Moldea had joined together to write a book. The title was to be “A Woman at Risk,” but when pushed further she said that there would never be a book about her. And that she backed out of the deal with Connolly and Moldea as she “thought I was being used.” John Connoly [sic] told me that it was Moldea’s fault as he tried hitting on Ms. Busch and she did not like it! Mr. Connolly also told me that Moldea was getting carried away with all this as he wanted to use “code” names for all of them and John was having no part of it.

This is my April 12 reply to Nazarian:

John Connolly is being less than truthful when he told you that I was the reason for the breakup of our partnership.  The simple fact is that John, while under contract with Anita and me, intentionally concealed the fact that he had made a separate deal with Vanity Fair to write an article about Pellicano.  We were caught completely flat-flatfooted by this news.  It was an unadulterated act of betrayal by John, whom we had treated as a close friend.  In the end, Anita and I rewarded John's treachery by forcing him off our team in January 2004.

Please ask John about all this.  If he denies it, I'll be happy to supply you with the documentation, as well as correspondence from John, lauding me and my work.  (In addition, I don't know what John is talking about when he claims that I "wanted to use code names.")

Next, for my response to Anita's testimony, please go to this link:  https://www.moldea.com/Busch-response.html.

Also, please note that her very friendly postcard to me was sent seven months after the last time I saw her.  Do you interpret her words as evidence that she was upset with me or that I had behaved inappropriately towards her?  In fact, I was always a gentleman with her, as well as a loyal friend and colleague--just as I always was to Connolly until he double-crossed us.  [See:  Other cards Busch sent to me.]

And I resent like hell that you would publish this garbage without asking for my comment, especially since you and I have met, sat together at the trial, and then exchanged emails.

John, I'd like you to retract all of the allegations you made against me--because all of them are false and unfair. 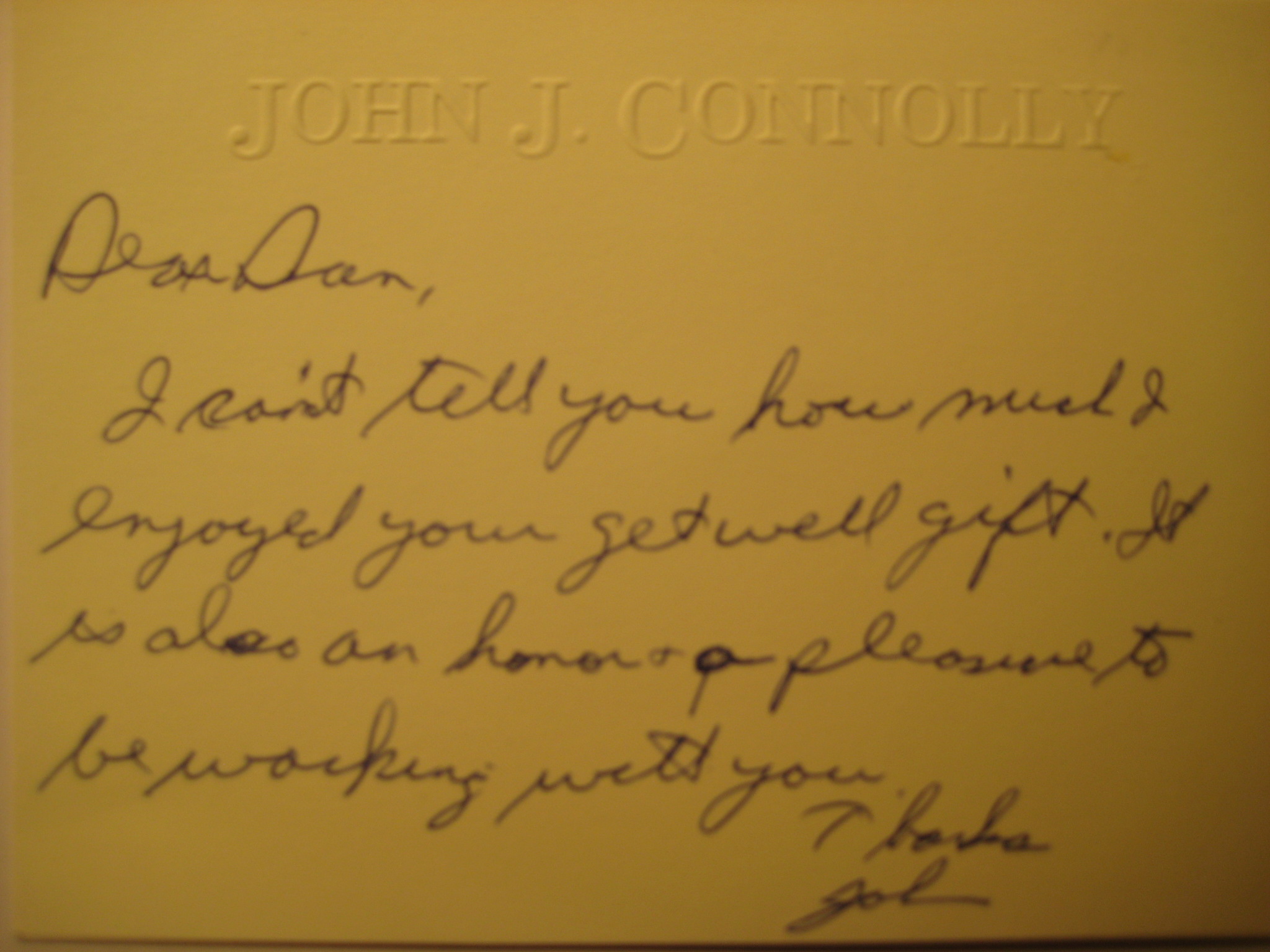 Changing tune:
Note from Connolly to Moldea, shortly before Connolly's betrayal was discovered 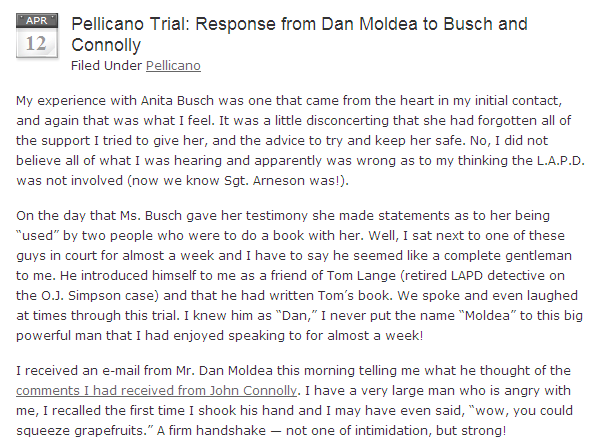 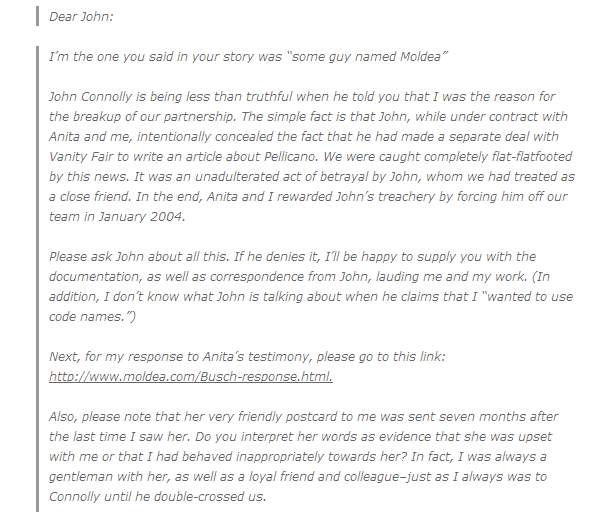