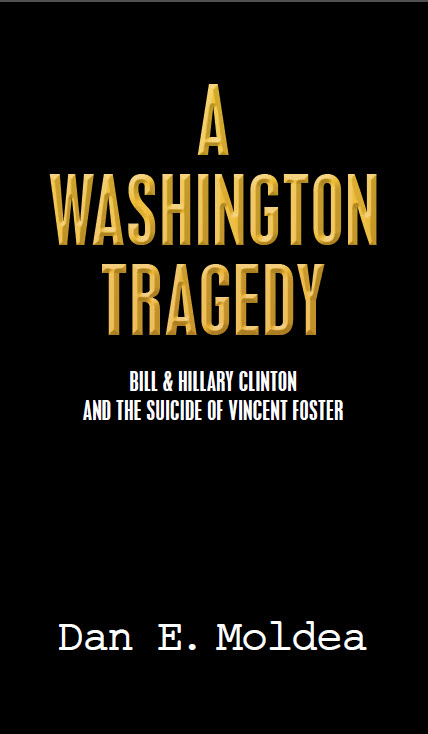 Richard Arthur:  Paramedic, Medic One; believed Foster had been murdered

Dennis Martin:  Inspector who escorted Hume and Markland at the White House on the day after Foster's death

Henry O'Neill:  Officer who claimed that Maggie Williams removed a box on the night of Foster’s death

John Skyles:  Officer who was the last known person to see Foster as he left the White House

U. S. Department of Justice

Bill Clinton:  President of the United States; life-long friend of Foster, whom he called the night before his death

Bruce Lindsey:  Assistant to the President

Marsha Scott:  Deputy assistant to the President; spoke to Foster the day before his death

Ricki Seidman:  Assistant to the President

Patsy Thomasson:  Entered Foster's office on the night of his death with Nussbaum and Maggie Williams

David Watkins:  Director of personnel; accompanied the USPP to notify Lisa Foster of her husband's death

Margaret Williams:  Mrs. Clinton's chief of staff; entered Foster's office on the night of his death

James Hamilton:  Attorney for Foster family; received Foster's personal papers after the search of his office

Dr. Robert Hedaya:  Washington psychiatrist who expected but did not receive Foster's call

Robert Barnett:  Attorney for the Clintons; received most or all of their personal files from Foster's office

David Kendall:  Law partner of Barnett; attorney for the Clintons

James McDougal:  Owner of Madison Guaranty; the Clintons' partner in the Whitewater Corporation

Seth Ward:  Hubbell's father-in-law who was implicated in the Castle Grande real-estate deal

Witnesses in and around Fort Marcy Park

Judith Doody:  Accompanied Mark Feist to Fort Marcy for a picnic, saw a shirtless man in a car in the parking lot

Mark Feist:  Accompanied Doody to Fort Marcy for a picnic

Jim Ferris:  Driver on parkway; saw car cut in front of him and enter Fort Marcy

Jean Slade:  Washington lobbyist whose Mercedes broke down near the entrance to Fort Marcy

Francis Swann:  NPS employee at Turkey Run Park; called 911 after being told by Kyle of a body at Fort Marcy

Ambrose Evans-Pritchard:  Author, The Secret Life of Bill Clinton; alleged that Foster had been murdered

Michael Kellett:  Author, The Murder of Vince Foster; accused the Clintons of being behind the crime

G. Gordon Liddy:  Talk-show host who was first approached by the mystery man in the white van.

Rush Limbaugh:  Talk-show host who alleged that Foster had been killed in an apartment owned by Mrs. Clinton

Michael Cardozo:  Washington attorney; owner of an estate on the Eastern Shore

Monica Lewinsky:  White House intern who confided to Linda Tripp her relationship with the President

Donna McLarty:  Mack McLarty's wife who had lunch with Mrs. Foster on the afternoon of his death

Gordon Rather:  Little Rock attorney who called Foster on the day of his death

Ileene Watkins:  David Watkins's wife who was among those who alleged that Foster and Mrs. Clinton had an affair