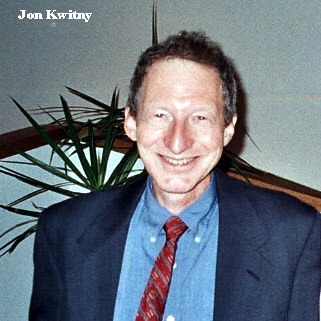 The re-publication of The Hoffa Wars is a welcome event.

The Hoffa Wars tells an important story:  how a potentially great force for good—the unionization of America’s truckers and warehouse laborers—was captured by gangsters and converted into a monster that robbed its members of their right to a fair wage and pension, robbed businessmen of their right to a free marketplace and clamped a high tax on American consumers every time they went to the cash register.

Dan Moldea’s book stands above the journalistic exposes and glossy tomes that were published in abundance when the Hoffa case was the crime of the decade and the Teamsters were a national scandal.  What differentiates this book, and makes it of continuing importance to anyone interested in the fabric of American society, is that it is documented as thoroughly on the streets as it is in libraries and courthouses.  Danny knew the workingmen who lived this story.  He worked with them.  And he was able to combine this street experience and personal empathy with the skills of a professional journalist.  Few writers can bring that combination to their work.

Every page shows it. Dan not only knew the union members, he was able to talk to the mid-level officers—the local presidents and vice presidents torn between the graft at Hoffa’s level and the needs of the truckers.  And he talked to them not as other reporters had to, by appointment across desks.  He talked to them in grungy cafes or on loading docks, as one of the boys.  Reading The Hoffa Wars, you don’t have to be told of the violent atmosphere that influenced everything about the Teamsters.  You feel it.

I mostly delighted in reading this book upon its initial publication in 1978.  But in one chapter, I thought Dan had gone off the deep end.  That is where he suggested that the gangsters who controlled the Teamsters Union were involved in a conspiracy to kill President Kennedy.  Yes, there were some suspicious coincidences, but it seemed to me the evidence was too circumstantial to justify such a radical thought.

Now, of course, I know Dan was right about that as he was about other things.  Within a year of the publication of The Hoffa Wars, the House Assassinations Committee has pursued the links that connected Lee Oswald and Jack Ruby through Carlos Marcello, the Texas-Louisiana Mafia boss.  And the committee had built a solid case that Marcello had organized the Kennedy assassination, possibly with the complicity of his good friends Jimmy Hoffa and Florida Mafia boss Santos Trafficante. Hoffa had opened the Teamster coffers he was looting to the thieving hands of the Marcello organization.  And the Kennedy brothers were trying to protect Teamster members, business people and the public by bringing this stealing to an end.

In 1992, the case against Marcello, Hoffa and Trafficante was bolstered by the added testimony of Frank Ragano, a lawyer who had represented both Hoffa and Marcello.  Ragano says he carried messages between the two men about assassinating Kennedy.  For the U.S. Attorney General and Dallas prosecutors to continue to refuse to reopen the Kennedy case would now seem a blatant neglect of duty.  A living, willing witness (Ragano) has offered eyewitness testimony that a living suspect (Marcello) conspired to murder President Kennedy, a crime with no statute of limitations.

This was not just the crime of a decade, but the American crime of the century, and Dan Moldea, in The Hoffa Wars, was the first person to publicly arrive at what now appears to be the correct solution.

I first came across Danny’s writings on the Teamsters in a small, northern Ohio newspaper, as I was starting to research the union.  In 1974, I had written some articles for my own newspaper, The Wall Street Journal, on Mafia control of the food industry.  Someone directed me to a series of articles that Jim Drinkhall (who later joined the Journal) was writing in the magazine Overdrive about Mafia control of the Teamsters.  Drinkhall’s work excited me, and I delved into Teamster corruption, which inevitably led me to Danny.

Drinkhall and Moldea were the two pioneers in that field.  But while Drinkhall seemed to have breathtakingly good sources on the gangsters in Chicago, Cleveland, Las Vegas, Dallas and elsewhere who gobbled up the Teamsters loot, Danny was writing about the bitter effect this corruption had on decent, working people.  So I read him, and we talked on the phone.

I finally met Dan as the result of a call he made to me at the Journal two days after Hoffa was reported missing, whereabouts unknown.  It was a hot Friday in early August 1975.  Popular speculation was that Hoffa had been kidnapped.  Dan had a theory:  that Hoffa, in the pattern of some previous mobsters, had arranged his own disappearance to avoid a prospective grand jury appearance and the possible wrath of his underworld associates.  If so, where would Hoffa be hiding?  Dan had pondered the question, and come up with the Jack-O-Lantern Lodge in Eagle River, Wisconsin, a resort on a lake where Teamster officials sometimes met.  The lodge was occasionally used as a personal retreat by Hoffa and his chief moneyman Allen Dorfman.

I did a little research.  As Dan had told me, Hoffa and Dorfman (who was also later rubbed out) controlled the Jack-O-Lantern property.  And beyond that, as Dan had said, the whole area was known since Prohibition days as a place where gangsters hid out while on the lam; Al Capone once hid there.  I decided Dan’s reasoning made some sense, and called him back.  He wanted to go to Eagle River to look for Hoffa, but was broke.  Would the Journal fund him?

Tepidly, I approached the Journal’s managing editor, Fred Taylor, describing Dan, and his idea.  I said it had the scent of logic and the genius of novelty, but was still a very long shot, just a roll of the dice.  Taylor wanted to go for it. Money was looser in those days, and finding Hoffa would be one hell of a scoop.  But while Taylor wasn’t worried about the financial risk, he did express concern over the physical risk.  I shrugged it off. Nevertheless, he instructed me to make sure that either Danny or I waited in town at a phone while the other visited the lodge.  If the scout wasn’t heard from by an appointed hour, the person at the phone would call Taylor at home.  Lord knows what Taylor would have done in such an event, but I agreed and headed for La Guardia.

Airplane schedules being what they were and are, I first cast eyes on Dan at O’Hare Airport in Chicago, where he had arrived from Cleveland to meet me for the connecting flight to Eagle River.  I hadn’t really known what to expect, but it certainly wasn’t what I saw. Dan was of a height and physique that might make one of Hoffa’s professional legbreakers drop his tire iron and flee.  A stranger seeing Dan board a plane to Wisconsin would have assumed he was reporting for duty to the Green Bay Packers.

Furthermore, he was dressed head to foot in black, body-clinging clothing and was carrying a rope, underwater flashlight and snorkel gear.  It might be necessary, he explained, to approach the Jack-O-Lantern Lodge stealthily, underwater from across the lake.  I immediately decided that I would be the one who waited in town by the telephone.

We rented a car and drove slowly by the entrance of the lodge trying to look as innocent as possible.  The fences were decorated with Jack-O-Lanterns.  Buildings were visible in the distance, but the only signs of life were some German shepherd dogs.  The dogs convinced me I had made the right decision about who would go and who would wait.

At about dusk, we pulled into Eagle River, a sleepy little place that even on a [Saturday] evening at the height of the tourist season looked like one of those eerie ghost towns the guide books send you to in Colorado.  I forget the name of the cafe with the public phone where I decided to hole up—“Betty’s,” I think, but maybe “Ann’s.”  Anyway, it was deserted except for me and the waitress.

Dan was to have called the cafe to assure me of his safety no later than ten o’clock, which was eleven New York time; I didn’t know when Taylor went to bed.  Dan drove off looking confident.  I sipped my coffee and watched eight o’clock pass.  Nine.  It grew to be five minutes of ten, and I started wondering what I would say if I had to make the phone call to Taylor.

At two minutes of ten, Dan strode into the cafe looking serious and plopped down across from me, holding his arm.  A dog had bit him.   But two guards had pulled the dog off.  He was all right.  He wasn’t wet, either.  He had decided to try the gate rather than go in underwater.  He had fended off the dogs, talked his way past the guards and gained an audience with Allen Dorfman’s mother, an elderly lady who asserted that neither her son nor Mr. Hoffa was there.  On the grounds, Dan met up with some other people and talked to them.  There were groups of kids.  That was important.  Hoffa loved kids, and if Hoffa had been there, he could not have resisted playing with them.  The kids all told Dan that Mr. Hoffa hadn’t been around in weeks.  That cinched it for Dan.  We were barking up the wrong tree.

We did make friends with someone at Betty’s, or Ann’s, or our motel, who drove us around and showed us the various cabins in the woods where this or that mobster had allegedly hidden out in days gone by.

The next morning, not wanting to leave Eagle River empty handed, I violated Taylor’s instructions and rode up to the lodge with Dan.  The dogs barked and I exchanged a few words with Mrs. Dorfman, but failed to elicit anything that even a desperate gossip columnist could have elevated to the status of news.  Then some tough-looking men asked us to leave, and we did.

And remained good friends ever since.

This experience helped me enjoy The Hoffa Wars when it came out even more than I would have otherwise.

I hope learning about it has the same effect for you.