“When Dr. Jim Keen saw atrocious animal abuse where he worked, he didn’t just walk away; he risked his livelihood to expose it. As a veterinary researcher at the U.S. Animal Meat Research Center – a taxpayer-funded institution outside of Omaha, Nebraska – Keen saw firsthand how many of the Center’s projects resulted in severe cruelty for animal subjects, and began meticulously documenting the abuses [while he also worked with the University of Nebraska].

“Among the many abuses Keen uncovered were pigs and cows giving birth to twice the normal number of offspring, resulting in weakened and deformed animals with very short life expediencies. He also documented newborn lambs deliberately left in open fields where they became fatal victims of predators, harsh weather conditions, or starvation.

“After unsuccessful attempts to address the issues internally, Keen shared his story with Michael Moss at The New York Times. The resulting exposé, ‘U.S. Research Lab Lets Livestock Suffer in Quest for Profit,’ created a public uproar and resulted in new legislation that will extend protections for farm animals used in federal research facilities.

“Since the exposé, Keen has remained active in the animal welfare cause, advocating for greater regulation of farm animal research.”  (ASPCA) 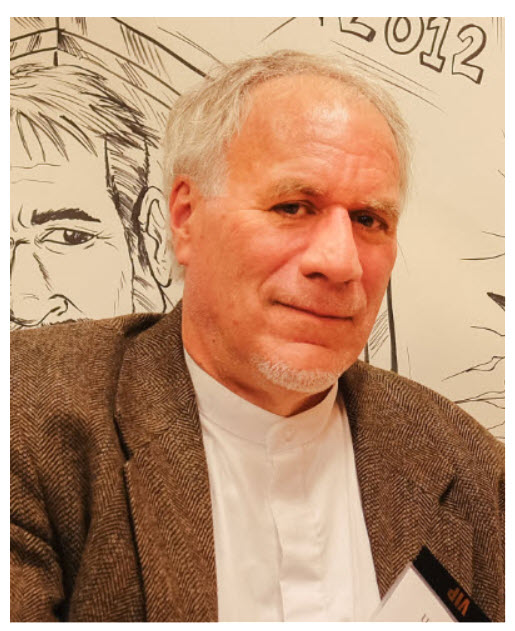 In this excerpt from my new book about corruption in higher education, whistleblower James Keen reflects on his research as an epidemiologist at the University of Nebraska, the goal of which was to eliminate a deadly strain of E. coli bacterium from massive feedlots where beef cattle are fattened.  He concludes that the research is futile because the whole industrial agriculture system is against nature.  This is the food production system that Donald Trump ordered this year to continue in operation under the Defense Production Act, rather than using the DPA to provide tests and PPE protection from Covid-19.

Dr. Keen explained:  "The cattle are standing in or walking in or lying down in a foot of their own manure and urine; a thousand-pound steer produces about sixty-five pounds of manure per day.  Ninety-nine percent of every feed-lot cow in the U.S. in the summertime has E. coli O157 on it, covering its hide, in its mouth, in its GI tract, by the billions.

"If they didn't get antibiotics, this system wouldn't work, because it's such a filthy environment.  Without antibiotics, a lot of them would die.  But these antibiotics lead to antibiotic resistance and that results in manure run-off into the environment.  This generates more antibiotic resistance. . . . The other thing I realized then was that the whole system – this production system, industrial animal agriculture – is bad for the animals.  Also, it's bad for the workers . . . many of whom are undocumented.  The whole system is insane.  It's against nature."

Jim Keen told Pulitzer winner Michael Moss of the New York Times of his concerns and invited him to Nebraska, which the University soon discovered.  Keen added:  “I received numerous calls from the University of Nebraska Police. . . . That's actually when I thought I was going to be arrested."