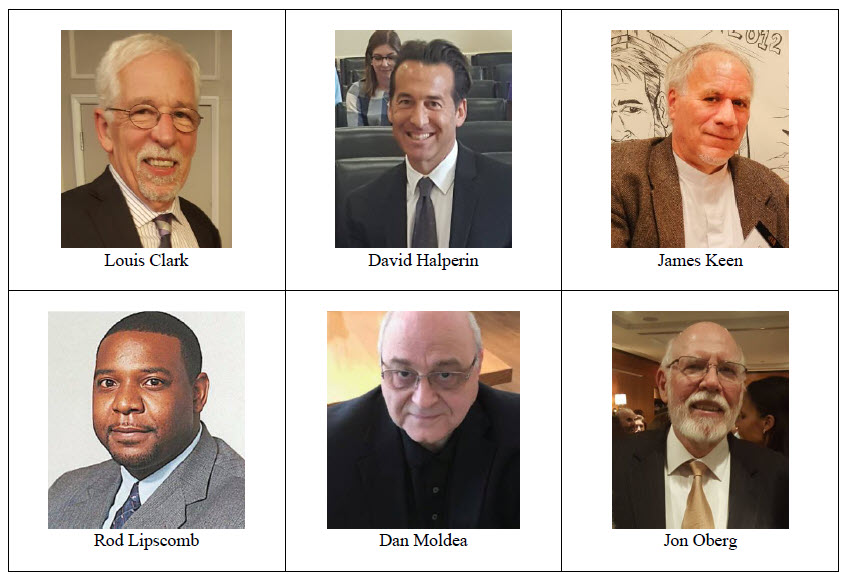 From Money, Politics, and Corruption in U.S. Higher Education:

David Halperin:  [Education Secretary  Betsy] DeVos, actually herself, was an investor in for-profit higher education. . . . She has said things basically about an industry that’s proven again and again to be engaged in fraud.  She’s pointed to the students as the fraudsters.  And she’s said that we have to get rid of these policies produced to protect students. . . . What she was describing was students getting their federal loans forgiven, in a situation where they’d wasted years.  They put in their own money.  They’d taken out private loans.  They’d wasted their grants and even the GI Bill. . . . What she’s saying about students, that they’re the fraudsters, is such a disgrace. So, I’ll never give-up this issue.  (p.322)

Jon Oberg:  David’s work over the years has really put into the vocabulary the idea that the Department of Education is ruining lives.  And it really does.  It just ruins lives.  It ruins families, forever, and that’s incredible.  (p. 323)

Jim Keen:  I want to improve the welfare at MARC [Meat Animal Research Center] and the quality of the science, too. . . . But beyond MARC, the needed changes happened throughout ARS [Agricultural Research Service] because of the whole ripple effect.  So, I think what I did helped make the agency become better actually, to better use taxpayer dollars, to do higher quality and more welfare sensitive research.  I mean they’re getting looked at for the first time. . . . And now they’ve got a little fence around them at least.  So, what I wanted to happen at MARC happened.  (p. 308)

Jon Oberg:  One thing you said that I’m so glad to hear:  Your legacy is partly about the improvement of science.  I don’t think too many people have picked up on that. . . . That’s an important aspect of what you did.  That’s why it’s so disturbing to me to know that the leadership of a university may be undermining science by always siding with industry. . . . I spent years and years in research, scientific method, ethics, and conflicts of interest.  I’m just appalled at what MARC set up as an inherent scientific conflict of interest, and nobody really seemed to give a second thought to it. . . .  (p. 329)

Corruption is not inherent in government; integrity can be restored.  It strikes me the wrong way that we think corruption is all over, and we can’t fight it.  It’s bad, but you’ve got to fight it."  (p. 337)