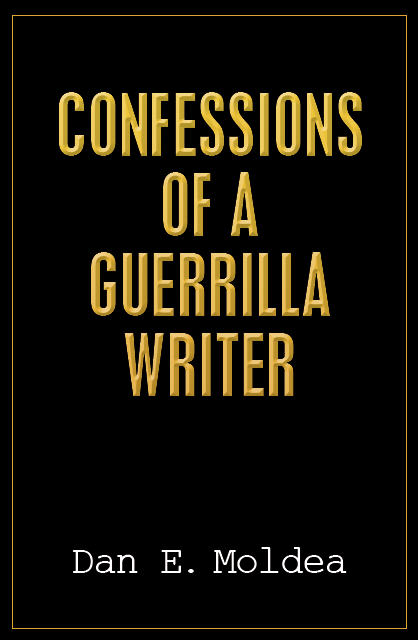 "If Moldea were a prizefighter, he would be kind of a Rocky Graziano.  He never, never quits punching.  Moldea never relents." -- Robert Sherrill, Washington Post.

"Passionate, detailed, and coherent. . . . The superiority of the Moldea book lies in the inherent drama of the unfolding history." -- Michael Novak, New York

"A master of investigative research, Moldea won high marks for documentation and detail in The Hoffa Wars.  In The Hunting of Cain, he repeats his zealous devotion to fact-finding." -- Jim Quinlan, Chicago Sun-Times.

"Dark Victory is indeed a victory for author Moldea.  He has through sheer tenacity amassed an avalanche of ominous and unnerving facts." -- David Pecchia, Los Angeles Times

"Actually, Moldea tells three separate but tangential stories:  organized crime's infiltration of legitimate business and labor, the meteoric rise of the entertainment conglomerate MCA, and the jet-propelled ascension of a somewhat passe movie actor to the president of the United States.  These stories have been abundantly researched and are set forth in exquisite detail. -- Philip Dunne, American Film

"The best book on the NFL's connection to the mob and the American gambling scene was Dan Moldea's groundbreaking Interference.  Moldea tore apart the league's papier-mache image and illustrated that, without gamblers, it would have remained on the sandlots." -- John L. Smith, Las Vegas Review-Journal

"Moldea has written perhaps the most important sports book in the history of the language." -- Keith Olbermann, ESPN SportsCenter.

"Carefully reasoned, ultimately persuasive, dramatic. . . . [Moldea's] book should be read, not so much for the irrefutability of its conclusions as for the way the author has brought order out of a chaotic tale and turned an appalling tatter of history into an emblem of our misshapen times."-- Christopher Lehmann-Haupt, New York Times

"Beyond presenting what is likely to be the best understanding of what actually happened on June 5, 1968, Mr. Moldea is stinging in his criticism of shoddy work by the Los Angeles Police Department. . . . [T]his is the best written of his books, finished in a clear and easy style." -- Gerald Posner, New York Times Book Review

"Moldea has smashed the ball over the center field fence with his keen analysis of evidence and his clear writing." --  Ed Meyer, Akron Beacon Journal.

"O. J. Simpson's newly rehabilitated accusers . . . present their investigation, finally without interruption or cross-examination. . . . Detectives Lange and Vannatter do have a passion for documentation--a good thing, in their line of work." -- Laura Mansnerus, New York Times

"[T]he most accurate, comprehensive account of the Foster suicide and its aftermath." --  Joe Conason and Gene Lyons, The Hunting of the President.

* Despite the controversial nature of all my investigations, I have never been sued for any reason as a result of the materials published in any of my books.

* I have never misquoted a source.

* I have never revealed a confidential source--without authorization from the source.

* I have never taken an off-the-record interview and put it on the record.

* I have never missed a deadline for any of my books.

* My only collaboration book, Evidence Dismissed, made all of the national bestseller lists.

* I am very grateful to Dr. Nancy Nolte, my writing coach, who has read and critiqued each of my manuscripts before I submitted them to their publishers.

Return to The Works